South Camp Correctional Centre houses female juvenile inmates in Kingston, Jamaica. The project was run by Joelle Powe, after graduating from United World College Maastricht in 2017. The project aimed to enhance the rehabilitation facilities at the centre by donating sewing machines. The project hoped to increase the sewing skills of the inmates to help increase the probability of them finding a job after prison. 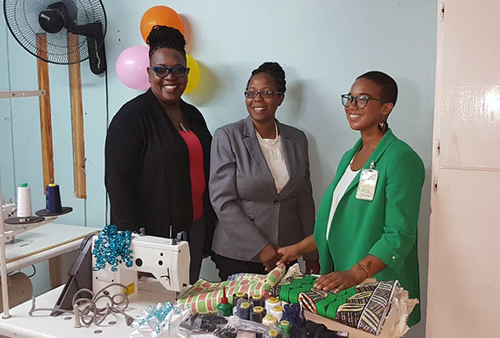 “A Second Chance” aimed to enhance the existing rehabilitation facilities at South Camp Juvenile Remand & Correctional Centre in Kingston, Jamaica. South Camp is a residential centre for young ladies aged 12 to 18 who have received a Correctional Order from the court. They are expected to live at the institution until their stipulated time is up. Young ladies serving time at South Camp have the opportunity to study and take exams as well as engage in various skill-building programs such as home economics.

Before moving to its new location in 2013, South Camp had a sewing programme running. However, on moving to their new location, they were not provided with the equipment or the space to continue the programme.

The project had the following key objectives:

Sewing classes took place at South Camp every Friday from 10 AM to 12 PM. Miss Jonas, the instructor and warden at the prison gave individualised lessons to between 3 and 4 young ladies at a time.

This project made the following impact for the young ladies at the prison:

South Camp now has two sewing machines to facilitate the teaching of sewing to any juveniles enrolled at the institution for years to come. The young ladies who participated in the sewing classes can now rely on their sewing skills to help them make a living for themselves in the future. 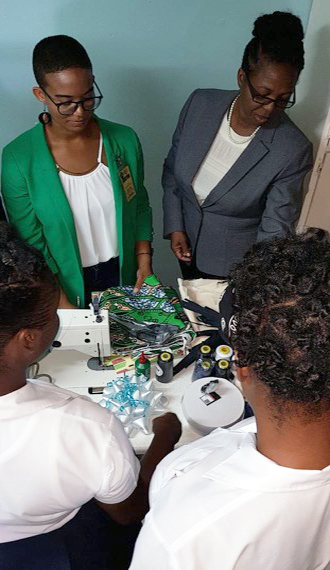 While I hoped for a larger sewing class, the program made sewing classes accessible for young ladies who were due to be at South Camp for a period of 6 months or more. However, after some reflection, I have realised that the young ladies benefited considerably from the individualised attention they received, so the small classes worked out to be an advantage.

I wish I could support the sewing program with ongoing repair and maintenance. When the needle got stuck in the new donated machine, the machine was out of service for several weeks because repairs were not covered in the purchase. I did not foresee the possibility of the machine malfunctioning. Perhaps preparing a portion of the budget for future issues with the machine would have been helpful.

I was not consistent in my weekly visits to South Camp. The disadvantage of this is that I didn’t bond with the young ladies as much as I would have liked to. However, visiting less frequently allowed me to see major improvements in the young ladies’ skill and work ethic. It also encouraged the program to run on its own. Now, as I have left for college I know that the sewing program will run without my presence.

Overall the project was successful but on a smaller scale than I imagined. I hope this project is the start of a program which will inspire South Camp or external funding programs to invest in the expansion of the sewing program.