The future of Eswatini youth – Umliba

In a period of about 7 weeks the team visited 8 different schools covering at least one school from all four regions of the country.

In all the schools, we gave a presentation, motivated students by giving our life stories because we believe that if students can see first hand testimonies of people like us who have come from similar backgrounds, they can realise that what they are dreaming of is possible. 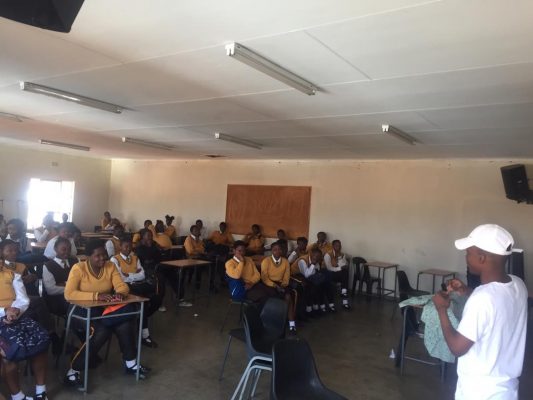 We then helped them to navigate the opportunities that are available to them after they finish high school so that they know how to go about achieving their dreams. For two of the country’s most underperforming schools, we set up a long term relationship to provide sustained assistance to students.

We initiated the culture of study groups and tutorials in these schools where one member of the Umliba team was readily available for consultation. We created “resource stations” at the schools equipped with all the resources needed to study efficiently. Where we could not reach out to be actively involved in the initiation of the academic and career guidance tutorials, we conferred the roadmap to the school administration and student leaders and also provided some academic resources electronically.

The project Umliba team provided a report on their project as follows:

Most schools’ administrators were elated to have young people like us who were willing to talk to our peers and support them to aim high. This 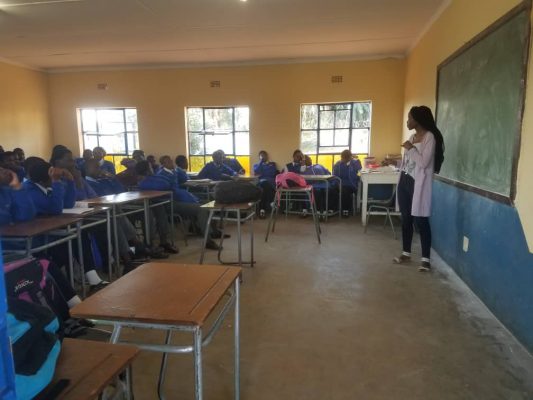 brought so much enthusiasm even from our audiences because they finally had people who they could relate to, unlike other programs that had older people delivering the same work. After every session, we have had one average of 15 students asking for further help and mentoring from our members. This is a huge number because the schools are relatively small in number with an average class size of 30 students. Another breakthrough was seeing the passion we ignited in the students to be dreamers because we believe that in order to be, one needs to first dream it. We have also gotten multiple invites by other rural schools to visit because they have heard from others about the work we have done for schools.

Feedback from students who had attended our sessions was positive, one student Temalangeni said that she managed to achieve the best results in her class and was admitted into college. She felt that it was because of the impact the project had had on her allowing her to chase her goal of being a chartered accountant.

What we are most proud of isn’t necessarily the material things we did for the schools. It has rather been that our impact has ignited an unprecedented drive among the students, the first step to what we believe will be a long-lasting impact. 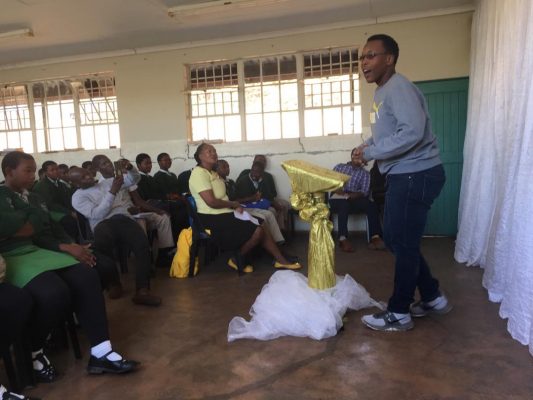 Funds may have availed the resources and information that the students were lacking and may have desperately needed, but our impact extended to even bringing about the self-realisation of their lost potential amongst the students and that they can be greater than what circumstances may currently limit themselves to because we have shown them that it is possible.

The Umliba Foundation Project did not only serve as a chance to implement our venture, but as a research opportunity. With that being said, one of the biggest gains for the team from carrying out the project has been that we have gained a deeper understanding of the shortcomings that characterize the educational environment of rural schools in our country which are the cause of extreme underperformance in these schools and low prospects for career development for youth in rural areas. Carrying out the projects has also harnessed the skills of the members in management, planning, presentation and civic engagement generally.

What our experiences operating Umliba Foundation has taught us, is how to compromise when things do not go out as planned. On many occasions, we have had to forfeit the structure that we followed in our operations in order to meet the demands of the parties we were working with such as the students and the school administrations. We have learnt that going back to the drawing board and rigorously brainstorming alternatives with all parties involved and that this democratic approach is much more efficient than imposing systems without consensus with all parties.

The impact we had on the schools we visited was greater than we anticipated.