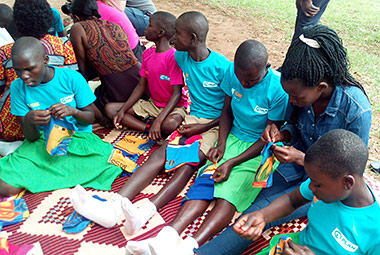 There are many challenges facing teenage girls in the region that cause them to leave school. This includes lack of scholastic materials and lack of funds to pay for school fees and forced marriages.  There is a belief with some parents that once a girl starts menstruation the girl is old enough to get married, she ends up pregnant with no-one to fund her education.

This project was to raise education levels around sexual health and provide re-usable sanitary pads for the local girls who could not afford to buy them.

Through the Save Teen Tororo Project, Jackline involved one primary school in the making of re-usable sanitary pads. She then distributed these to very poor girls whose parents are unable to afford to them. By having these pads, the girls are more likely to be able to stay in school. Jackline also talked to teenagers about sex education. She designed and produced some T-shirts which she gave out to boys in schools to raise awareness of the messages. She also involved school prefects, senior women and men and teachers to be part of the campaign to raise awareness against teenage pregnancies, marriages and early child parenthood.

This project was able to reach 200 pupils from the 4 schools visited. Jackline gained additional funding which helped purchase of materials to help construct the re-useable sanitary pads and purchase the T-shirts.

The project enabled Jackline to learn more about what problems the girls go through in the region, with the lack of scholastic materials and sanitary pads being the main challenge among the girls.

This project made a difference to Jackline and her team by being able to give all kinds of support to young people, she was able to associate with young people through using different activities to involve people especially in the making sanitary pads.  Jackline also learned how to start up a voluntary community service and learned how these issues can make a great change to her community. 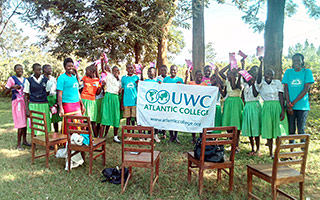 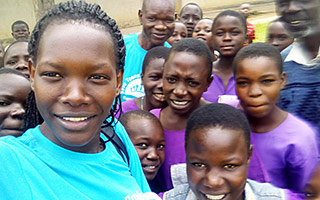 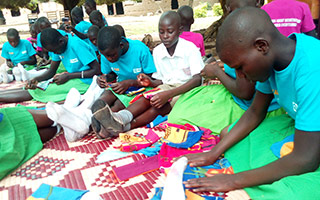 Young people were very happy for the T-Shirts and pads they received. They promised to keep coming to school because they now have confidence to attend during their menstruation.