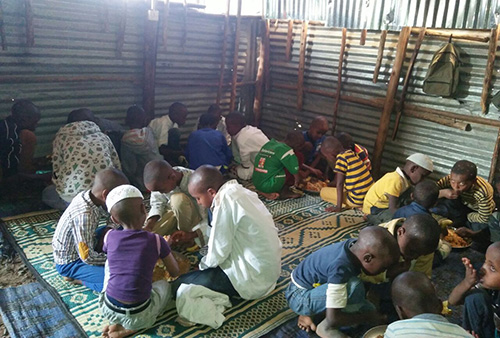 Following the post-election violence in 2007, the project, a conference designed for the youth to enlighten them on how to fight tribalism and build a more United Kenya.

The projected plan was to deliver a conference to raise the awareness of students from varying backgrounds and different interests e.g. tribe, age, economic and social status to foster a more peaceful future. The summit itself would include keynote speakers and workshops.

From the 1,000 USD received, 120 USD remained. This money was donated to a children’s home in Nairobi, during Eid celebrations to help buy stationery as schools opened.

The one day conference was attended by 45 students. Two of the guest speakers were aspirants for parliamentary seats and the youth benefited from an interactive conversation with these potential leaders.

The key-note speaker sessions were the highlight of the event. Boniface Mwangi is fairly young and he was able to speak to participants about his history as an activist and what it means for him in relation to peace, especially as we headed for elections. He was also very experienced in the 2007/8 post-election violence due to his career as a photo journalist. His pictures were a stark reminder of Kenya’s dark past and participants were reminded of the possible consequences of tribalism. Ken Okoth, the other keynote speaker, gave his insight on the challenges that face leaders in relation to keeping the peace. His speech was centred on education as a tool for change and he is actively fighting to seek education through scholarships and is lobbying parliament for free secondary education.

There were 4 workshops during the day covering: identity, conflict management, empowerment and looking to the future. The workshops were a combination of activities with short discussions as well as facilitator-led discussions. Participants were very vocal in the discussions with intimate and honest discussions held throughout the day, making the event lively and interesting.

The project team was able to create a safe space for students to discuss issues that people in Kenya would normally shy away from, such as tribalism and its consequences. The conflict management session discussed stereotypes about a particular tribe or person, with participants realising it is very easy to be tribal, and that just considering yourself a peaceful person does not make you peaceful. People need to make a conscious effort to integrate with society in order to live peacefully.

Two sessions on ‘Looking to the future’ and ‘Empowerment’ aimed to inspire participants to make a difference. They were divided into different groups to discuss their vision of future Kenya and what they are most proud of. It was a great moment to see that despite the many issues we face, Kenya has made great strides in bringing its people together, but there is still more to do, to better the nation.

The maturity seen in the youth in terms of politics and its understanding gives great hope for the future of Kenya. The discussions might have been only amongst a few participants, but it did allow participants to vocalise their thoughts and build on ideas as to how Kenya should be in the coming years.

Additionally, the networking form the day will be an asset in the future as many inspiring students from Kenyan universities were able to establish relationships.

This GoMakeADifference enabled the project leader to work closely with peers on the issue of peace, engaging with many University students, discussing sensitive and important issues.

Nawal had to overcome nerves about this project as she wasn’t sure about how the event would turn out. It was also very challenging at times for example, in getting a venue for the event, encouraging attendance and changing the programme to 1 day from the original 3 days planned. Overcoming such challenges made Nawal’s resolve grow further in making a difference in Kenya. 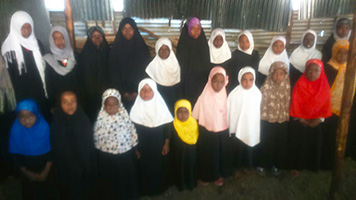 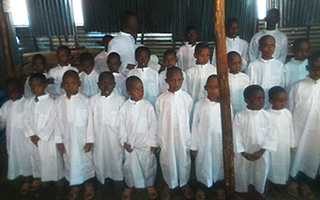 This conference gave me great confidence in knowing I could successfully make a difference, albeit small.