A conference to create awareness on mental health, sex-education and consent. 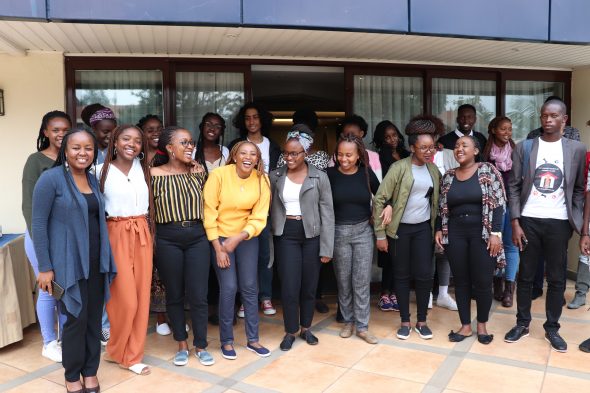 Project Jipende was executed in the form of a one-day conference at Heron Portico Hotel in Nairobi on June 23rd 2019. The conference was titled #SPEAKUPSPEAKOUT. The conference brought together 30 young people between the ages of 18 and 25.

The second part of the conference surrounded conversations about mental health among emerging adults and advocating for mental health awareness in Kenya.

In terms of our finances, because our first venue fell out three days before the conference, we had to reallocate most of our funds to our new venue because it was more expensive as the booking time was shortened.

We also spent a portion of our funds on food and paying for travel and facilitation stipend to our speakers.

The conference brought together 30 young people between the ages of 18 and 25. We had four speakers with varying backgrounds and professions all united with our common theme of creating awareness on mental health and consent.

This first part was facilitated by Nyaguthii Kioi and Suhayllo Omar. Nyaguthii identifies as a lesbian, a writer, podcaster and a radical feminist with a strong passion for African feminism, intersectionality, gender equality, activism against sexual and gender-based violence, mental health and rights for LGBTQIA+ community. She is a survivor of sexual violence and uses her experience and platforms to help other survivors of sexual violence through the organization she works for, She Matters Tribe which is a survivor-led organization that is centred on achieving healing and guaranteeing support for survivors of sexual violence. Suhayllo Omar is an activist employing the craft of photography (creative direction) and experimental filmmaking. He uses his work to advocate for social justice issues in Kenya and around the world. The morning sessions entailed asking provoking questions on consent and the rape culture in Kenya that has been fanned by traditions existing in the country. Although there was a basic understanding of the definition of consent, the discussions that were being led by the speakers revealed how little attention was paid to issues concerning consent. There seemed to be so much uncertainty on the framework of consent within the participants. However, what was amazing was that most of our participants were eager to start utilising such platforms like Project Jipende to spark more conversations on the topic. Our speakers also helped clear up any grey areas that were raised within the conference on the role consent plays in sexual and romantic relationships. 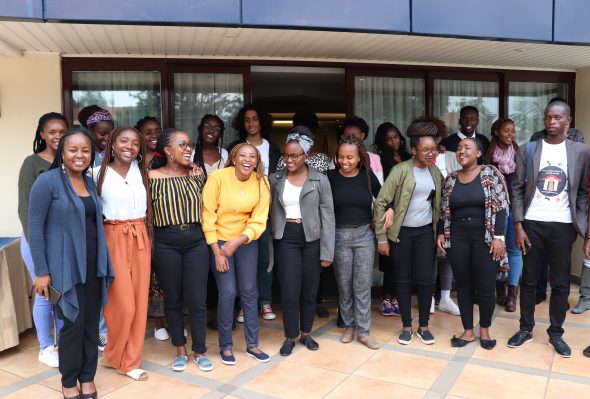 The second part of the conference surrounded conversations about mental health among emerging adults and advocating for mental health awareness in Kenya. The second part was lead by Ms Wairimu Muchiri, an experienced clinical psychologist, Counselor and mental health professional in the country and Ciru Mugenda, a young mental health activist who runs the Free Your Mind Movement, a movement that raises awareness of depression among youths. The session entailed sharing personal struggles on Mental health, what emerging youths can do to better their mental health, what resources are available for young people to access, and equipping our participants with tools to speak up about mental health in their homes. The conference concluded with a panel discussion led by all our facilitators. The panel discussion was useful in that it allowed the participants to air questions and concerns that they had following the sessions we had during the day. We concluded by sending out certificate of participation to all our participants and encouraging them to continue having these conversations.

The project was only a stepping stone for our participants and ourselves. After we held our conference, one of our participants held a workshop on mental health that was inspired by the discussions we had at Project Jipende. We hope that our participants are continuing to challenge, raise awareness and speaking up about mental health and consent wherever they are. The conference enlightened the participants as multiple of them spoke up saying that the idea of consent was new and unheard of for them. Therefore we are very glad that we were able to introduce them to the concept, and also give them resources to learn more about it and seek help if they feel violated.

As a team, we realised how privileged we were to have gone to UWC where such conversations were normal. This made us want to branch out to even more rural areas in our countries to raise awareness. We also learnt how to run a conference, make posters and certificates. We challenged ourselves and by the end of the project, to be honest, we felt empowered. Although none of us had ever run a conference before, it was something that we learnt throughout developing the project. This taught us how to manage funds, book venues, engage with participants and reach out to our facilitators. It is an experience we would not trade for anything. As young people, running a conference always seemed like something impossible, but we did it and we were successful, hence we are very proud of ourselves and the progress we made. Project Jipende has increased our confidence in the change we are capable of making because with this project we have been able to impact the lives of our participants even though it was not large scale. Therefore it has inspired us to continue making that change.

Some of the important lessons we learnt throughout our project are the importance of communication among the team members and planning when starting a project. As mentioned earlier, the falling out of our initial venue meant that we had to re-allocate our funds and also cut down on our participants as we could not accommodate them in our new venue. We also learnt the importance of perseverance when dealing with adversity as the conference entailed sensitive topics which were met with a bit of backlash.

Although we went through a couple of challenges, as a team we were able to put forward an amazing conference that we will forever be proud of. We are glad the GOMAD allowed us to develop our dream into a reality and believed that young people like us can make a change in the world.