Yunlan Li and Seraj Aldin Abo from Atlantic College set up a project to provide education to high school students in a refugee camp in Baalbeck, Lebanon and help them to build hydroponics systems.

As the name of the project indicates, the plan was to give students from the Al-Qastal School hope.

The project looked to raise awareness around various issues of significance covering sustainability, grades and abortion.

Also helping on this project was alumni Ahmed (Dilijan 18’)

Their project report is outlined below: 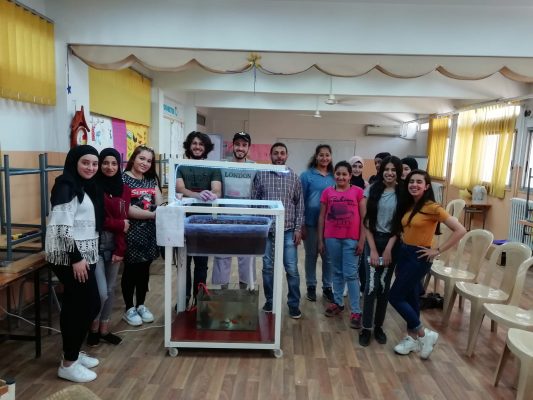 In June 2018, we spent 3 weeks carrying out my GoMAD project with a local school Physics teacher Ali in Baalbek, Lebanon. We worked with about 20 high school students aged 15 to 18 from the Al Qastal Secondary School, which is a UNRWA initiative and the only school in Wavel Refugee Camp to provide education for refugee kids.

We came to the school three days before the starting time of the project to clean and organize the space for the students. We delivered the project by every Monday to Friday, having ice-breakers, then an Aquaponics workshop in the mornings and group discussions about key topics such as abortion in the afternoon.

This project wasn’t only about building an aquaponics system that would work. It was about creating the undefined hope with them. We enjoyed eating together, talking about their daily life, and thinking about our upcoming project. The students could carry out many stints, but they were not able to creatively think and that’s what we were missing. Every time we asked them to draw or imagine something there was inevitably a big problem. And it was more shocking when we got to know them closer and closer.

The GoMakeADifference award was spent on different things, covering:

At the end of the project, we managed to build a working aquaponics system, which was designed and built completely from scratch by the students themselves. 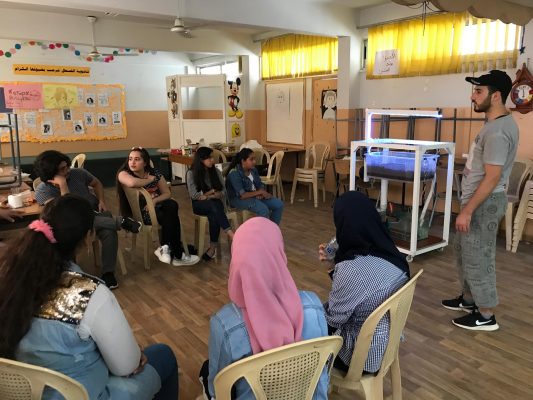 The project achieved more than the team expected.  Initially they had doubts whether they would be able to build an Aquaponic system in time all by themselves, and were unsure how the students in the refugee camp would receive the idea “Sustainability”.  However, the students designed their own system with enthusiasm and managed to build it, after comprehending the mechanisms and real-world importance of Aquaponics.

The project helped the students grow in so many ways.  Initially, they were afraid of speaking English publicly but by the end of the project the students were speaking with confidence in front of the group. During the building process, they learned how to think systematically and logically as an engineer has to, in designing a step-by-step plan and executing it accordingly. For many of the students, it was their first time to use tools such as drills and other equipment and this has sparked interests for some of them.

The project made the UWC students have to think about issues they hadn’t expect to come across.

In Lebanon, electricity isn’t supplied 24/7 and in Baalbek, it’s even worse where power cuts last for about 12 hours every day. This was a great challenge to the aquaponic system which relies on electricity to get the filtration system going and LEDs on. The invertors and batteries found in the local area were not powerful enough to power the whole system. 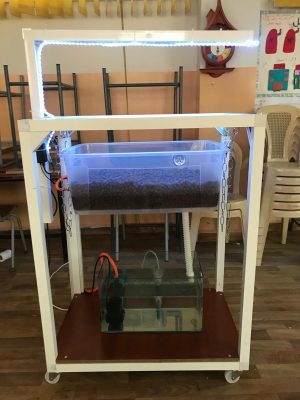 In addition, the level of English of the students we worked with were poor. It was hard for Yunlan as a non-arabic speaker to facilitate discussions on topics such as abortions. The students would gradually switch to speaking Arabic and they sessions had to rely on the local Physics teacher Al to provide translation. This provided the UWC students with a dilemma – to encourage the students to speak in English or let them continue in Arabic. The former wouldn’t get the discussion going, while the latter would prevent me from facilitating the conversation to really challenge them to think.

“Initially, I came to Lebanon in the hope of helping the refugee kids and their school through this project. In the end, I would say I learned as much as they have through this. Even though this journey was dangerous, and I had to face my parents’ oppositions, if I were to choose again whether to go, I would still set out without second thoughts. It’s hard to sum up my 3 weeks of experience in one single reflection, but below are several points that I feel most about.

One incident left a strong impression on me. I witnessed a series of cross-fires between the local tribe and the refugee camp. It was a microcosm of the hatred that exist between the local Lebanese and Palestinian people and it broke out as a Lebanese man from the tribe shot a Palestinian in the camp. I had to hide with Seraj’s family in the safest room in the house since we were just kilometers away from the cross-fire. Yet, the local people, on several occasions, have revealed to me that this was normal to them and always happen once in a while. In a place where there’s a lack of absolute authority and enforcement of law, such cross-fire usually evolve into a never-ending series of cross-fires until the victim achieves its revenge. After living with Seraj’s family and hearing about their stories and the living reality of Palestinians in Lebanon (deprived of basic human rights and yet are acerbating as I am writing), I found it hard to image the future of this place and how it could get better.”

On talking about her experience, Yunlan added,

“As an UWCer aiming for making positive changes in the world, I am grateful for how GoMakeADifference offered me an opportunity to set foot in the real world to see and feel the complexity of real world issues that are often talked about in the UWC bubble, and more importantly to contribute through to foster changes and to try to figure out how we in our strength can do more.” 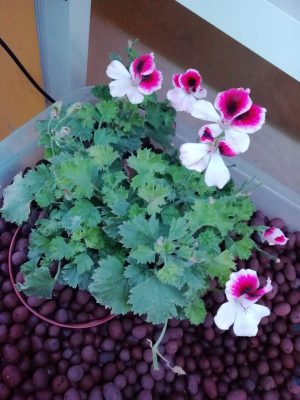 “After we finished the aquaponics design, we successfully finished the project and it was fully working. But this wasn’t my concern. I was sure that at the end we would get this system done, but what I was more concerned about is the undefined hope. How can I give them hope if everything is standing against them?

I would be endlessly talking about the suffer of these people, and this is not going to be my last chance coming to make a difference.

I was very proud seeing the students designing their aquaponics. And I was so happy seeing their interaction with Yunlan. Even though English was a huge hurdle for them, they were brave enough to say non-sensical sentences and emphasised my idea that humanity is the bridge among us all.”

Go Make A Difference has given me the chance to carry out our project and opened the door for me to see another world apart from UWC. I am very thankful for your trust and looking forward to getting to work more on spreading the UWC spirit.